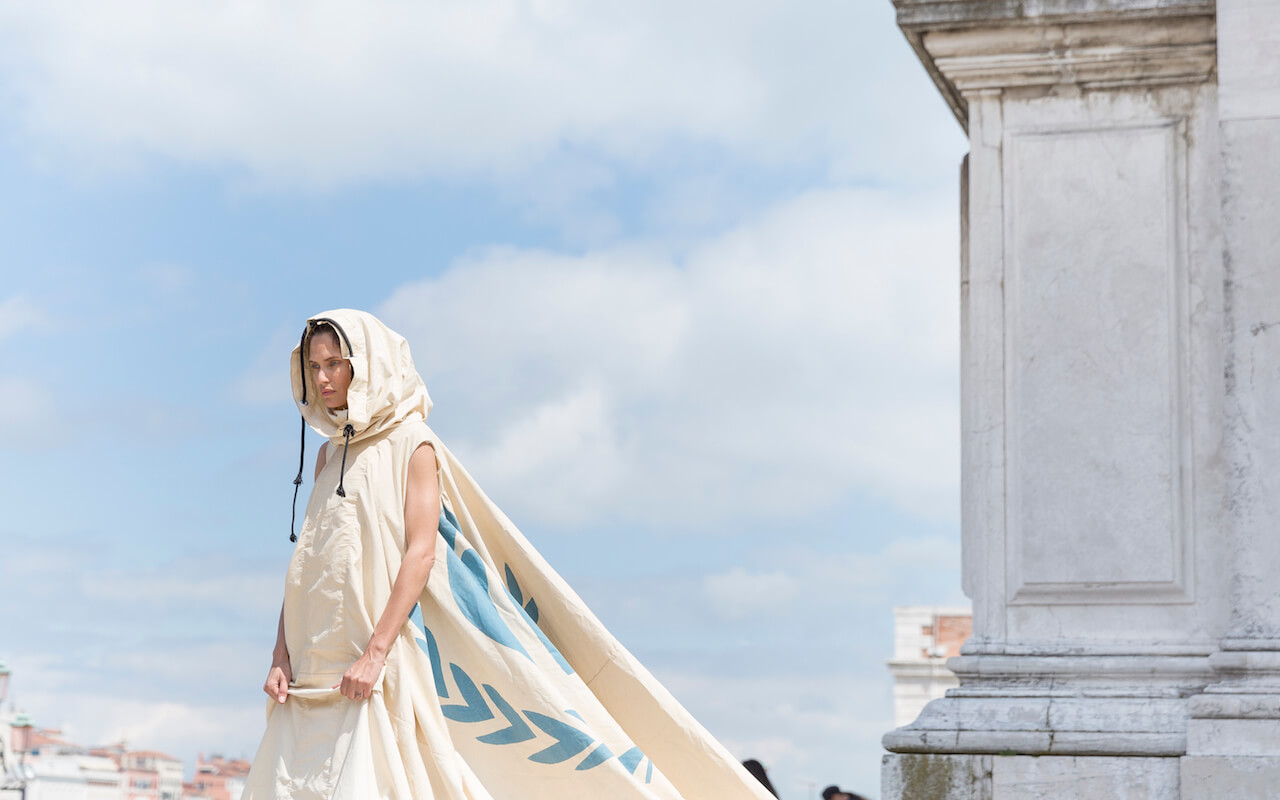 Art as a means of integration: the Rothko exhibition in Lampedusa
Enhancing the creativity heritage that refugees bring with them in their flight, is a contribution that greatly enriches the communities that welcome them: this is the Rothko project in Lampedusa.

The project organized by the UNHCR, the United Nations Agency for the Refugees, and curated by Luca Berta and Francesca Giubilei for the 58th Venice International Art Exhibition ends with a round table at Palazzo Giustinian Lolin.
The title Rothko in Lampedusa alludes to the ideal link between one of the greatest artists of the twentieth century and Lampedusa, today a symbol, rather than a place, where the masses, in a mediatic anonymity, flee from conflicts and persecutions to reach safe shores.

The project was born from the desire to offer a narrative alternative to the prevailing one; refugees are not considered just a mass anymore, or a depersonalized burden, but as unique individuals in their fullest potential, bringing enrichment to society as a whole.

“Through art, people on the run keep their humanity, their dignity and their hope of rebuilding their country, alive. At the same time, they are contributing, in the communities that host them, to lay the foundations for a better future, made of coexistence and enrichment through diversity, “said Carlotta Sami, UNHCR Spokesperson for Southern Europe.

During the Biennale‘s opening, on May 9th, the model Bianca Balti was the protagonist of the performance-installation Dress For Our Time organized in collaboration with the London College of Fashion of the University of the Arts in London. The model wore a tent used by a refugee family in the Za’atari camp in northern Jordan, on the border with Syria, near Al Mafraq, to underline the short circuit of thoughts that makes us forget a day to day tragedy, for those experiencing it.

The informative actions continued with the documentary Torn, with the UNHCR Goodwill Ambassador Alessandro Gassmann during the Venice Art Night and the AtWork training workshop organized by Moleskine Foundation and lead by Simon Njami for 25 refugees and asylum seekers from the national integration project network (SIPROIMI). These were followed by the exhibition of the notebooks prepared by the Palazzo Querini participants.

The last event on the calendar is the Spreading CreActivity talk on November 22 with Prof. Helen Storey, of the London College of Fashion, creator of the Dress For Our Time project; a table to reflect on the role of creativity for women and men living as refugees. 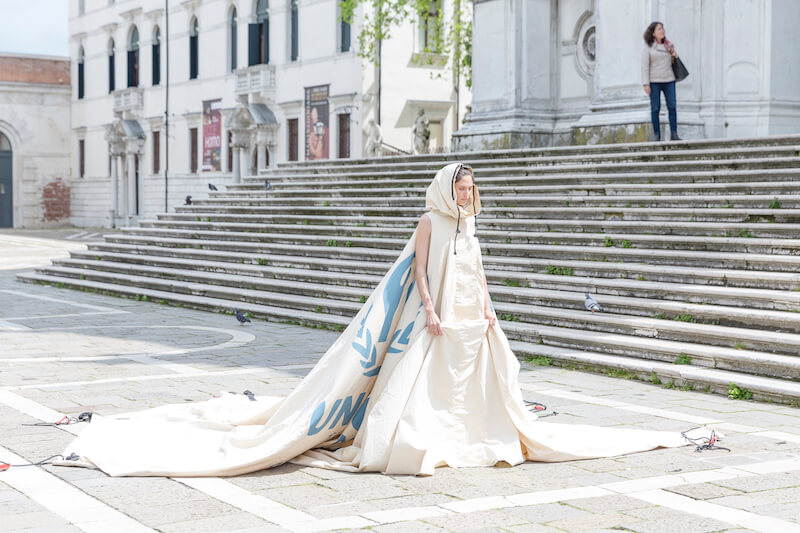 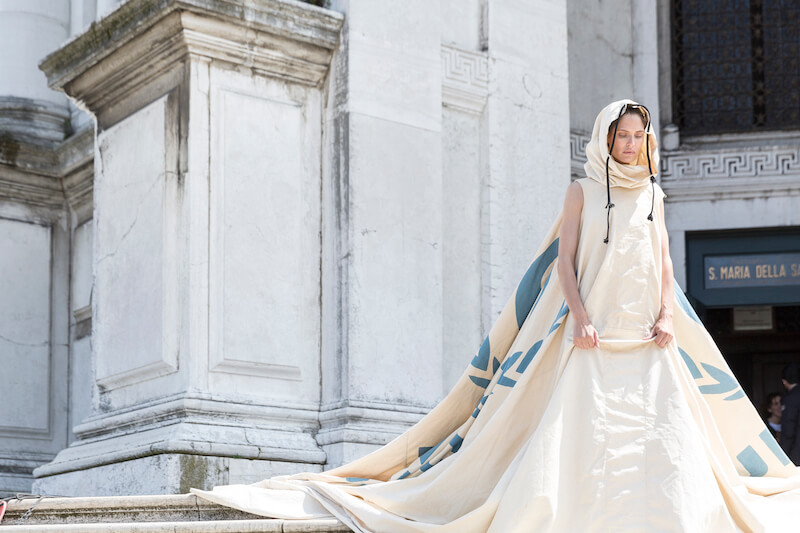 By analysing trends, new production techniques and human rights, we will try to understand how the development of creative activities can become an instrument of emancipation and freedom for those who have been forced to flee. 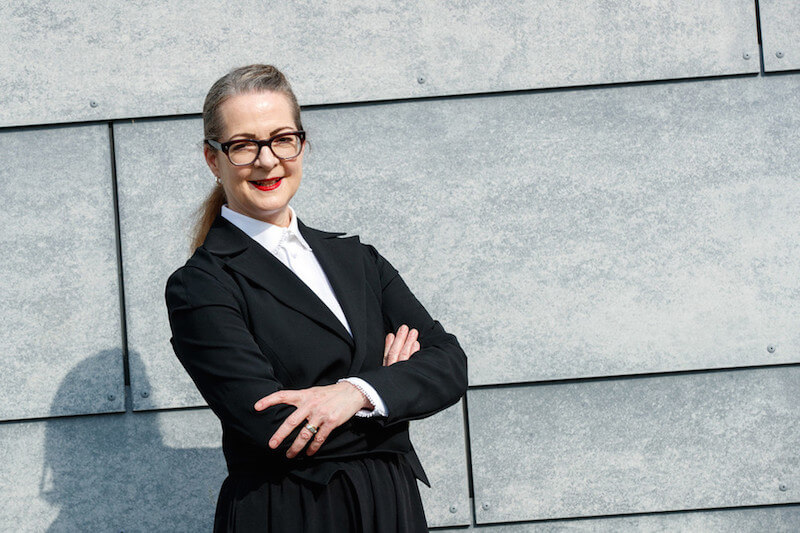 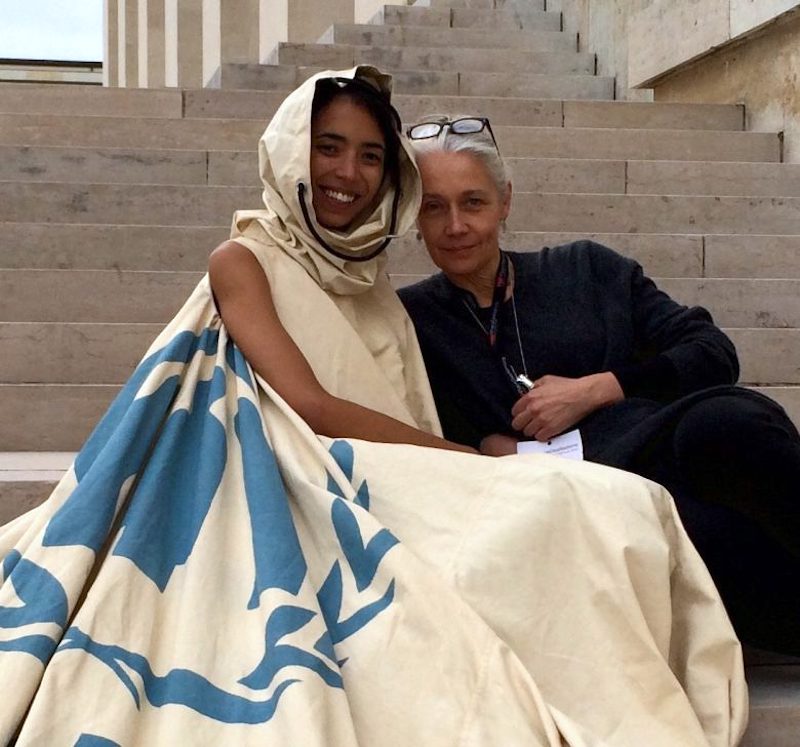 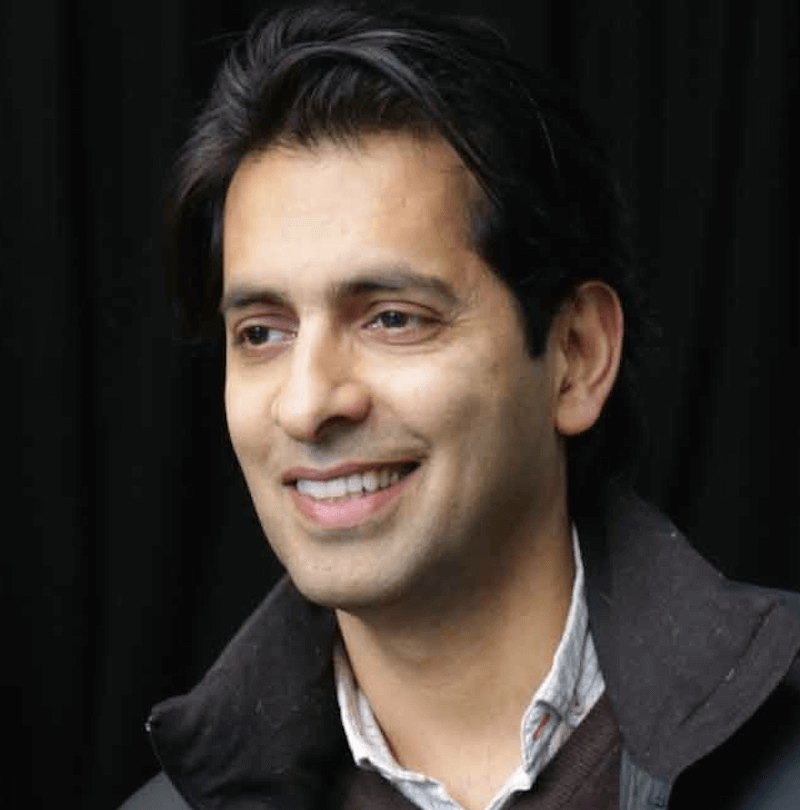 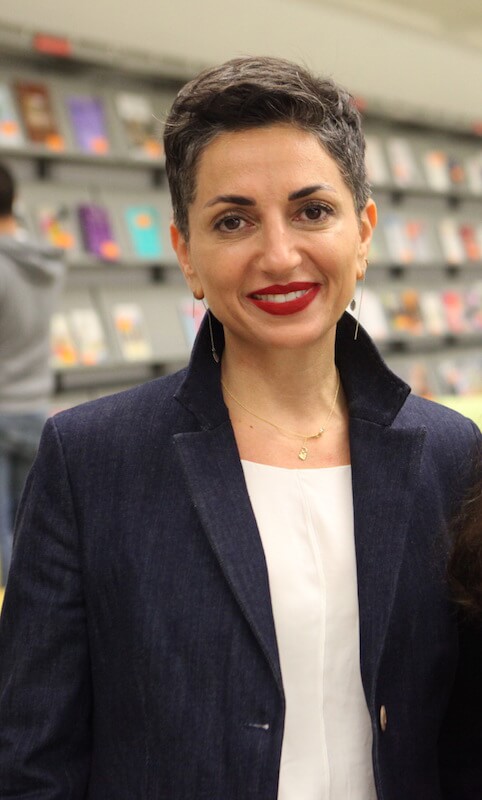 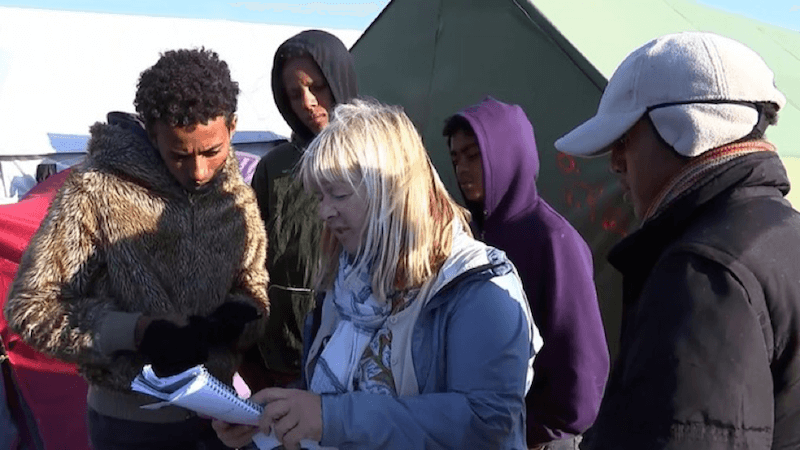 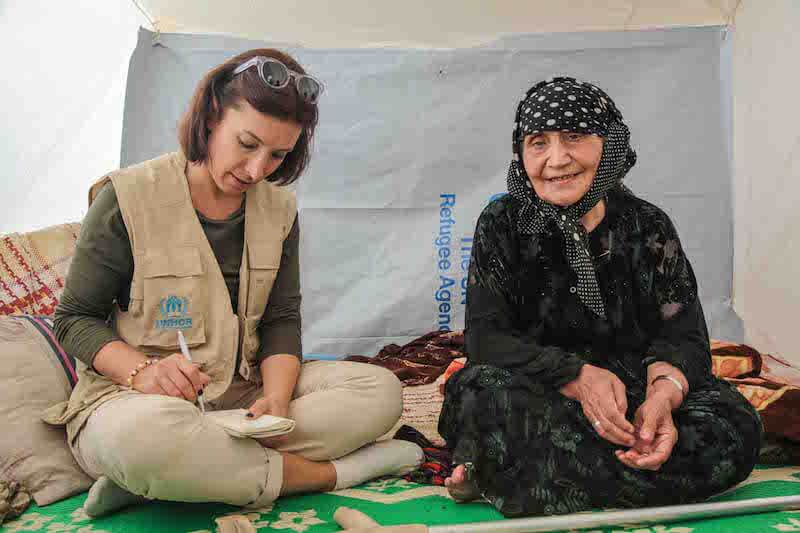 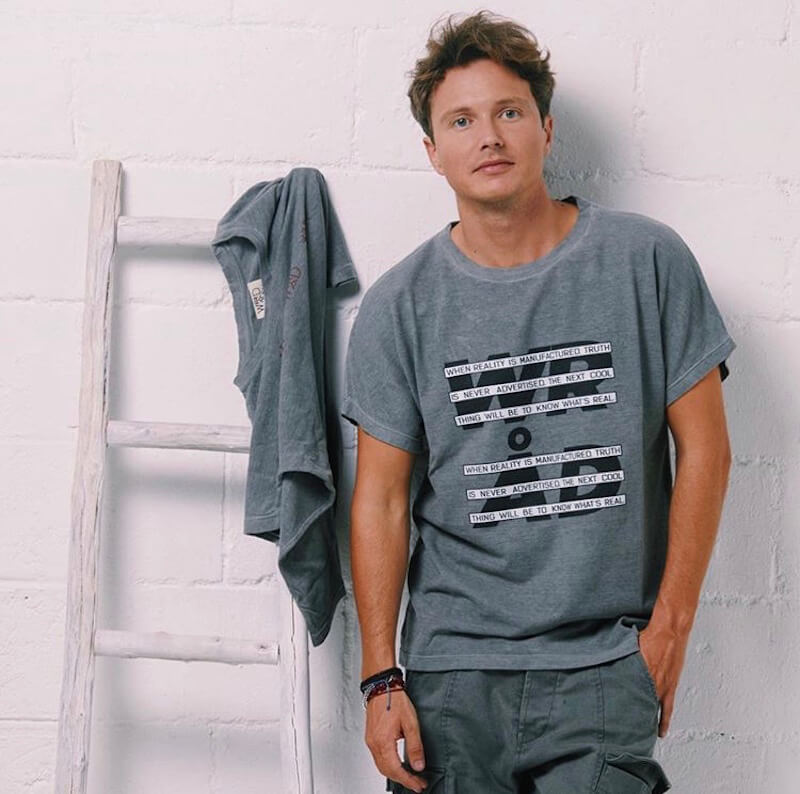 Mark Rothko is a paradigmatic example of a 20th century refugee who escaped from pogroms and a forced recruitment into the imperial army. Racial, religious and political persecutions, destiny and life condition is what he has in common with many other refugees. Rothko fled from Latvia, being welcomed to the United States of America, where he succeeded in expressing his talent, giving his entire work and genius to the whole humanity. But what would the culture of the twentieth century have been without Rothko?

What do we lose every day when we consider refugees arriving today in Europe as an indistinct mass, forgetting their humanity, inspiration and talents, which could instead lead to the new Rothko of the twenty-first century?
There are many ingredients part of this project and many questions that the curators Luca Berta and Francesca Giubilei have chosen to answer with the exhibition hosted at Palazzo Querini, an 18th century palace made available by the Ugo and Olga Levi Foundation. Here the work of eight famous and established artists was presented (Ai Weiwei, Adel Abdessemed, Christian Boltanski, Richard Mosse, Abu Bakarr Mansaray, Nalini Malani, Dinh Q. Lê and Artur Żmijewski).
Alongside them, five emerging artists tell their stories, starting right from the missed opportunity to cultivate their talent and make their voice heard. Majid Adin (Iranian animator, refugee in England), Rasha Deeb (Kurdish-Iraqi sculptor, refugee in Germany), Hassan Yare (Somali cartoonist, refugee in Kenya), Mohamed Keita (Ivorian photographer, refugee in Italy) and Bnar Sardar Sidiq (Iraqi photographer, a refugee in England). Their works and their stories tell us of shipwrecks, of the search for peace, of the terror that one feels when lost at sea, of the alienating life in the refugee camps, of the stereotypes that dehumanize those who live a situation of fear and of how they have made these themes a key element of their artistic career.
Thanks to their works, these artists, even without knowing each other and with very different life experiences, will lead the visitor along a path that offers a new insight into a topic that is so current. A look not only from the outside but also from the inside as it will also integrate the point of view of those who live, in first person, the condition of being a refugee.

The photos were provided by the curators Luca Berta and Francesca Giubilei for Venezia da Vivere. 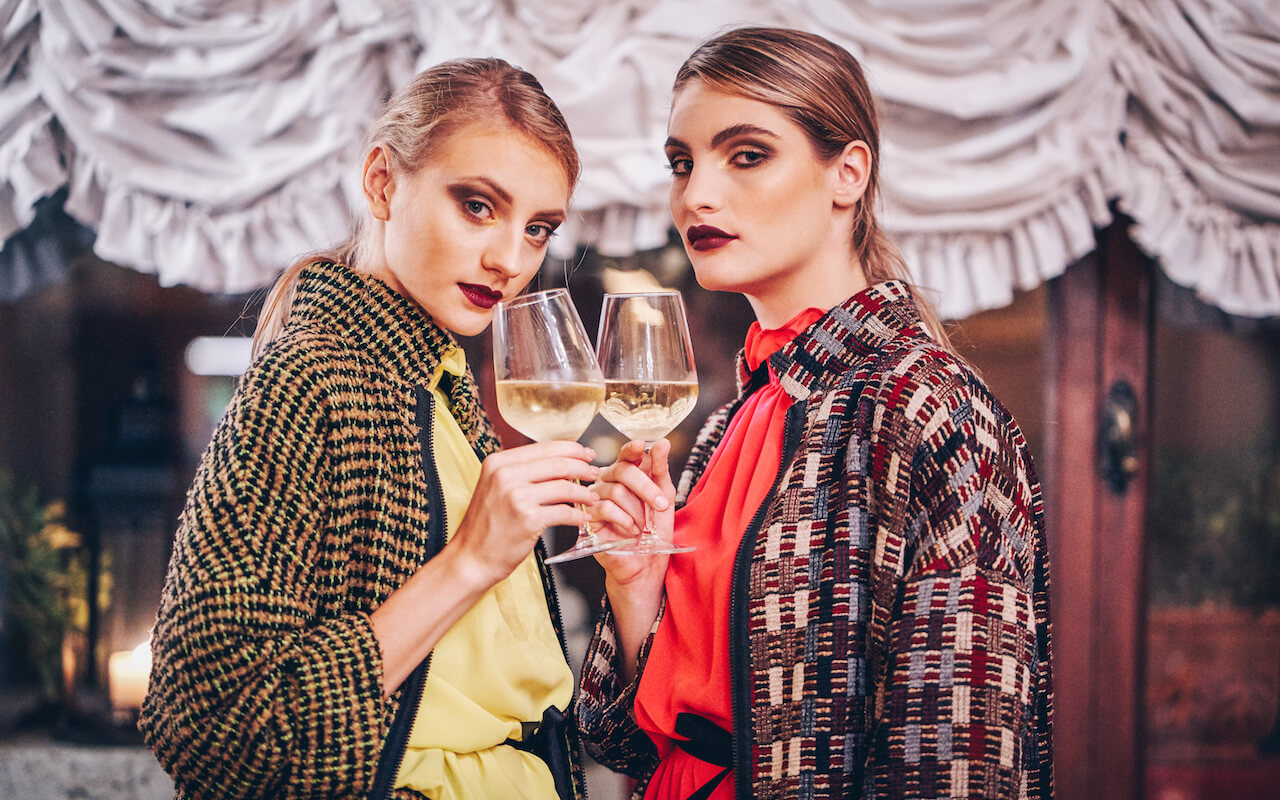 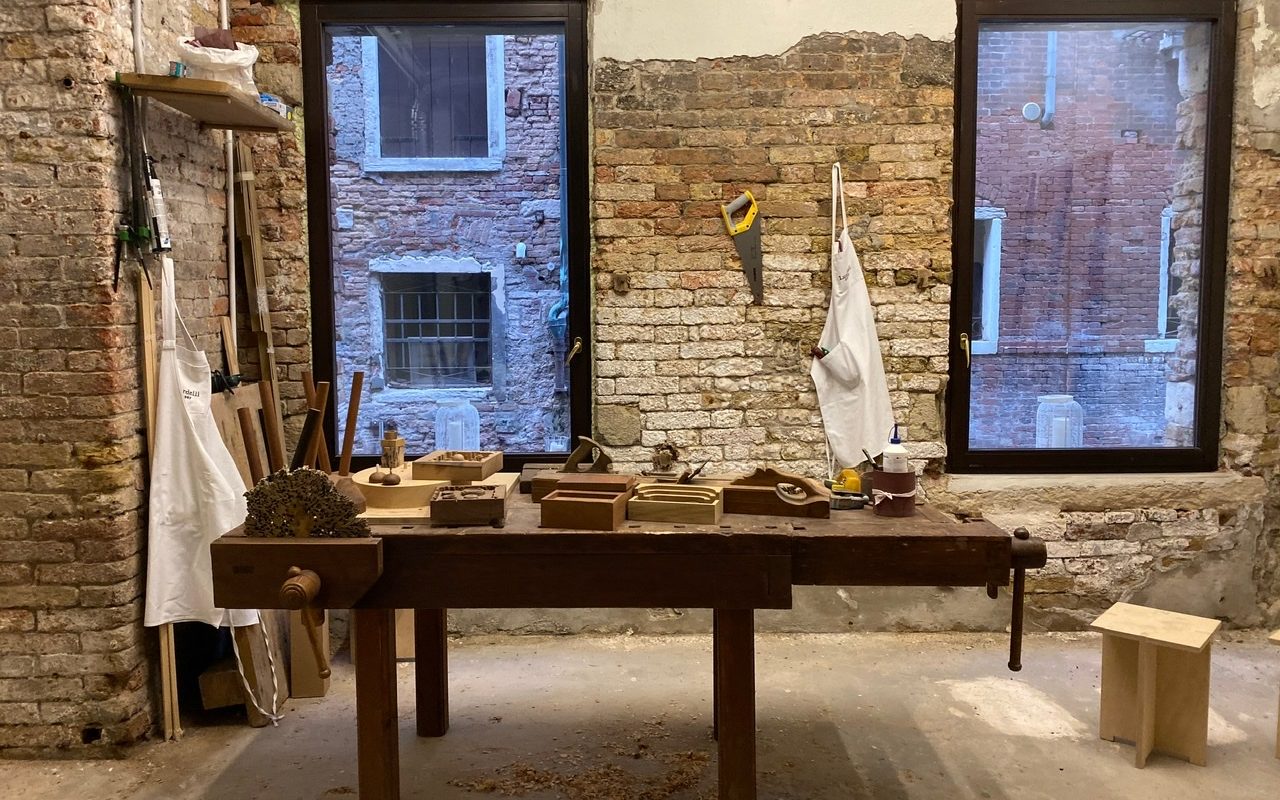 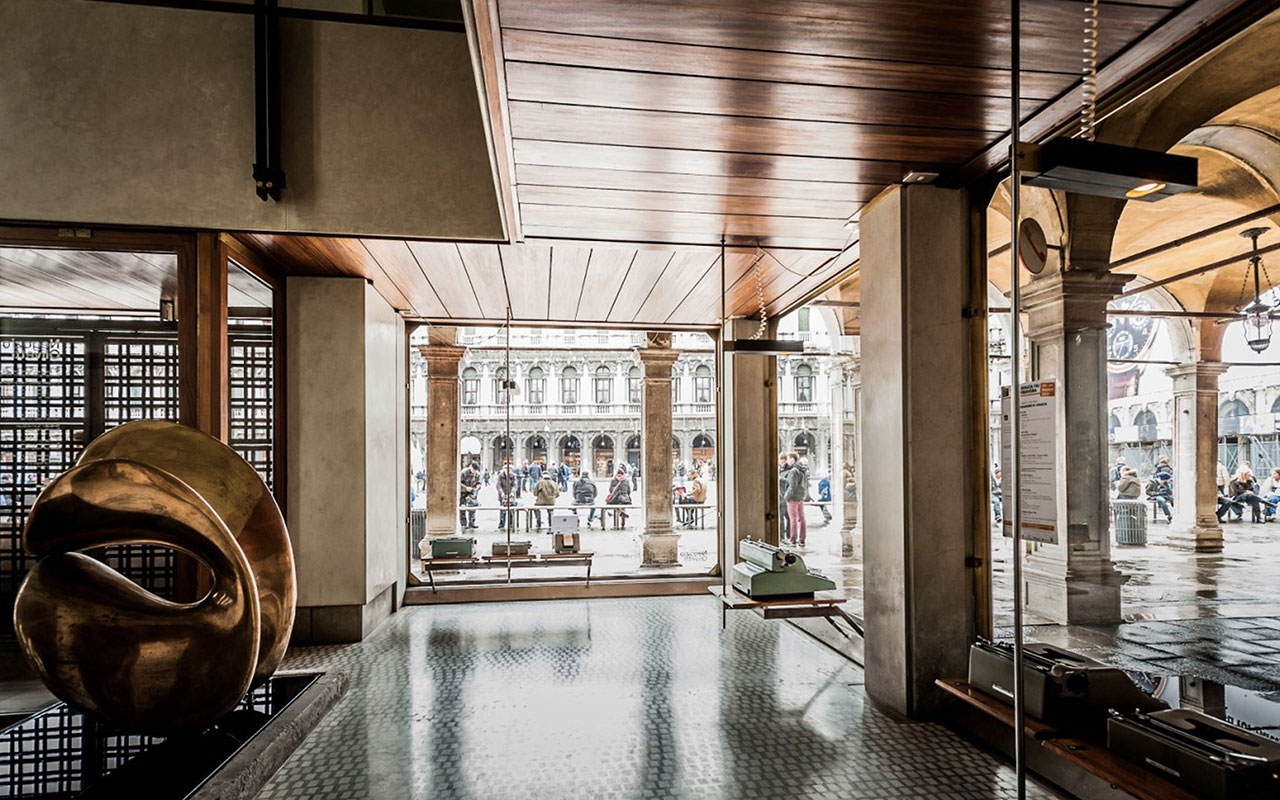 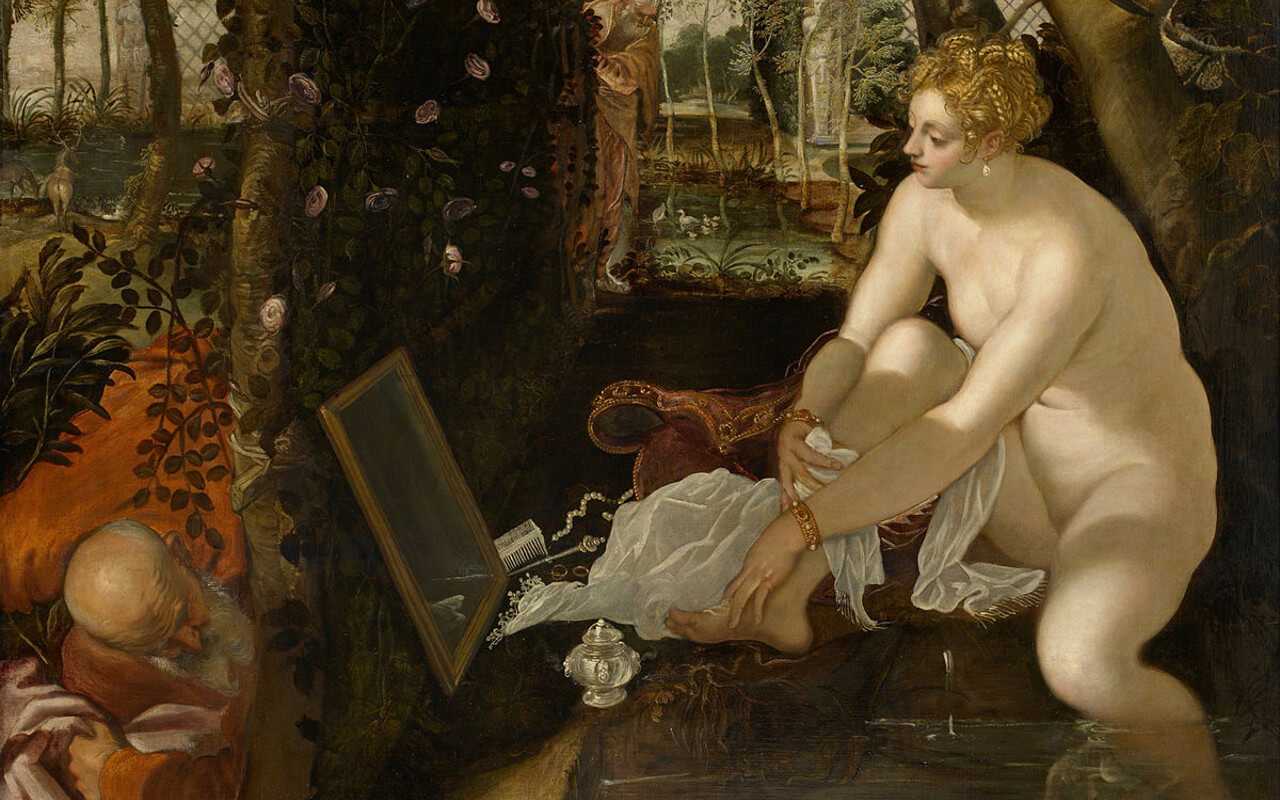 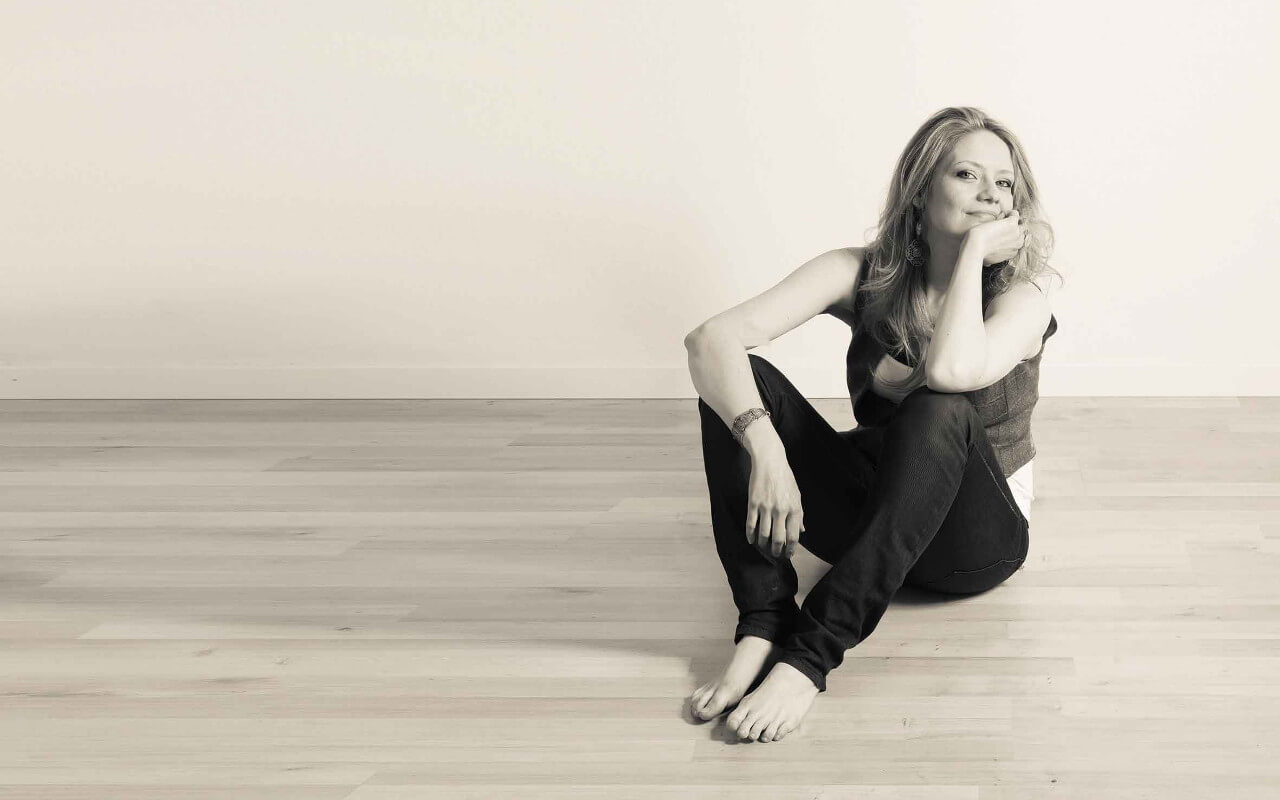 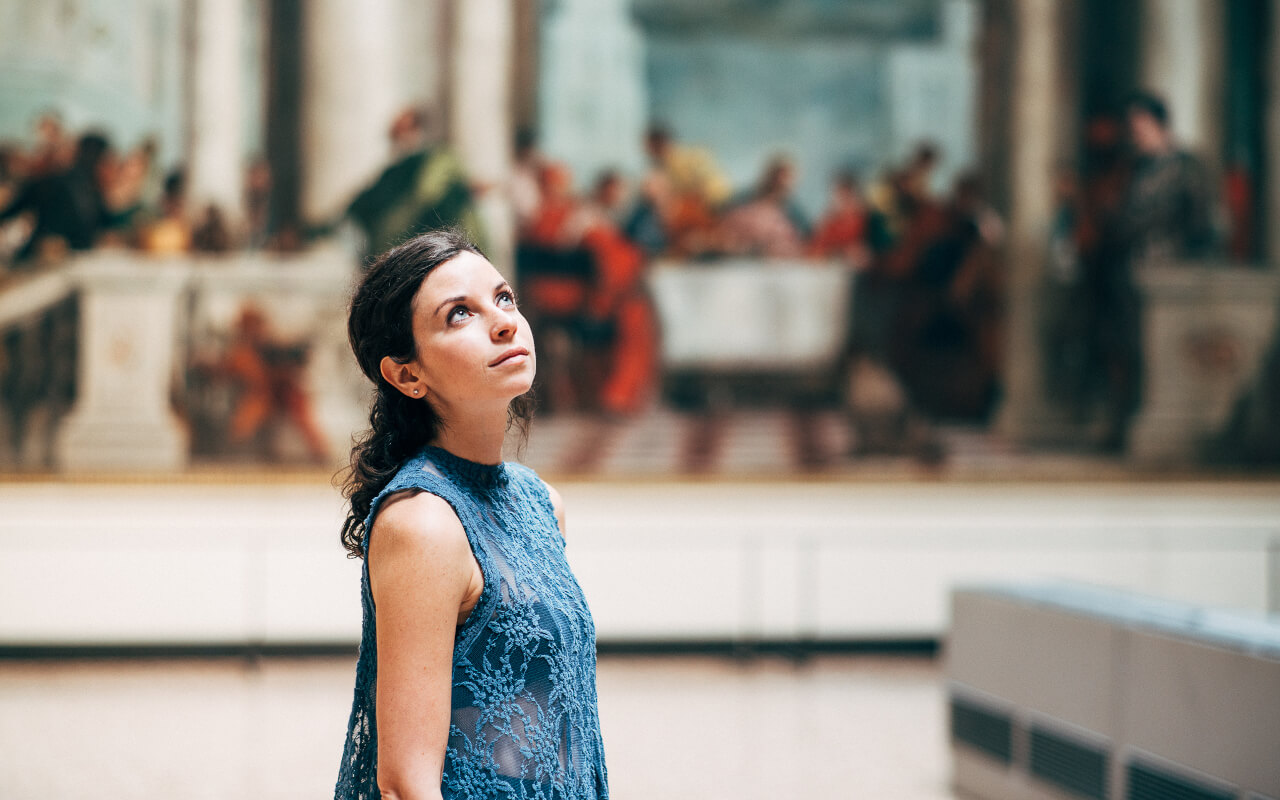