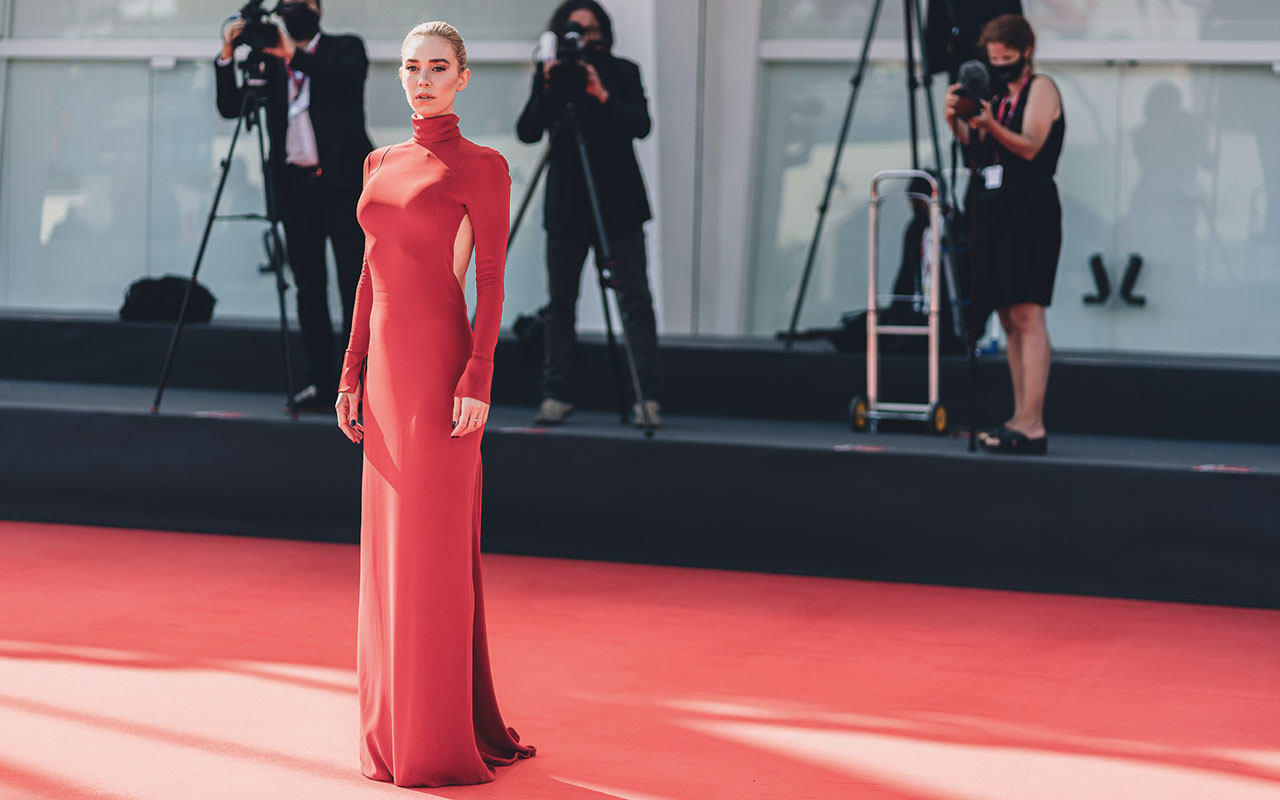 High fashion and sustainability, influencers in front of and behind the screen, dramas, and comedies. Once again, the Venice Film Festival satisfies everyone and shows that it is possible to return to the cinema.

Luca Guadagnino’s documentary on Salvatore Ferragamo, “Salvatore – The Shoemaker of Dreams”, tells the story of a craftsman who has made the history of cinema and fashion without spectacularism.

Unlike other documentaries on the same subject, the Sicilian director’s documentary puts aside any spectacularism to focus more on Ferragamo, as a man, an entrepreneur, and an artisan.

In particular, it shows him as a man of great intuition, able to find the most favorable moments to change the course of events, of great humility and extreme preparation, always committed to exploring how to improve his own creations and to carefully supervise the production process of every single piece, even after having achieved international fame.

A documentary in the name of sobriety, where the “fashion” product highlights craftsmanship rather than its rapid consumption, and where shoes become a precious, vintage object to be owned forever, almost like a jewel. These are the themes of sustainability. 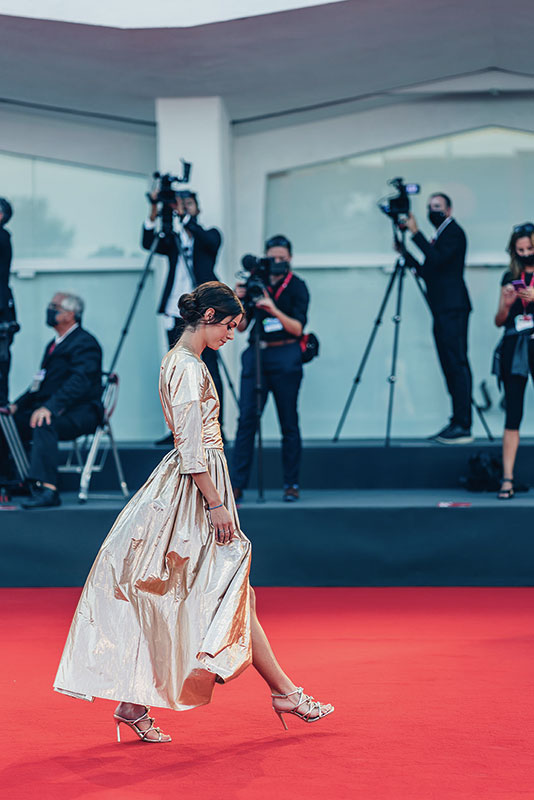 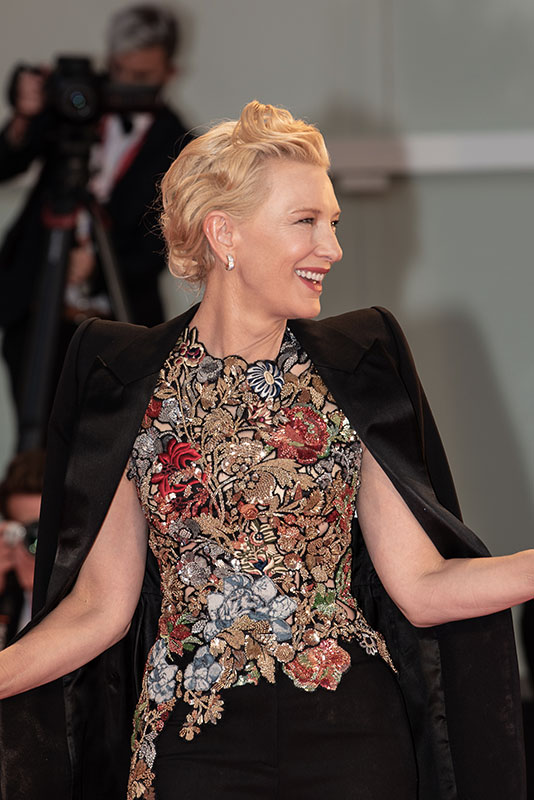 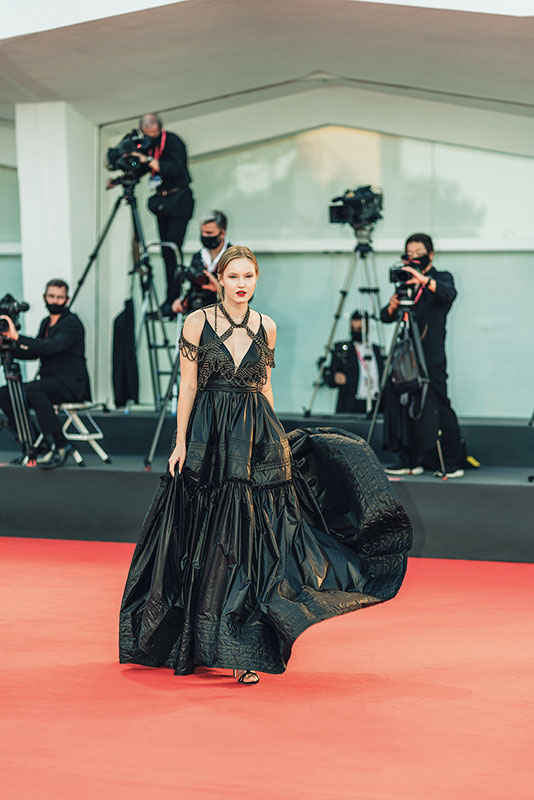 In recent years, the Venice Film Festival has often given space to the world of fashion, even outside of parties or the Red Carpet. Just to give you a few examples,  “Franca: Chaos & Creation”, a documentary by Francesco Carrozzini on Franca Sozzani, was presented in 2016 while “Valentino: the Last Emperor” directed and produced by Matt Tynauer, was presented in 2018. These are glossy, spectacular works, capable of bringing the magic and sparkle of the world of high fashion to the big screen. 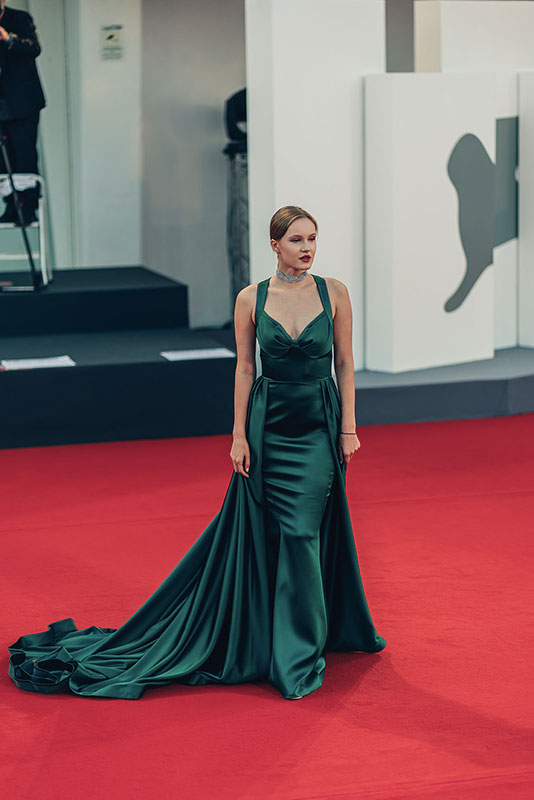 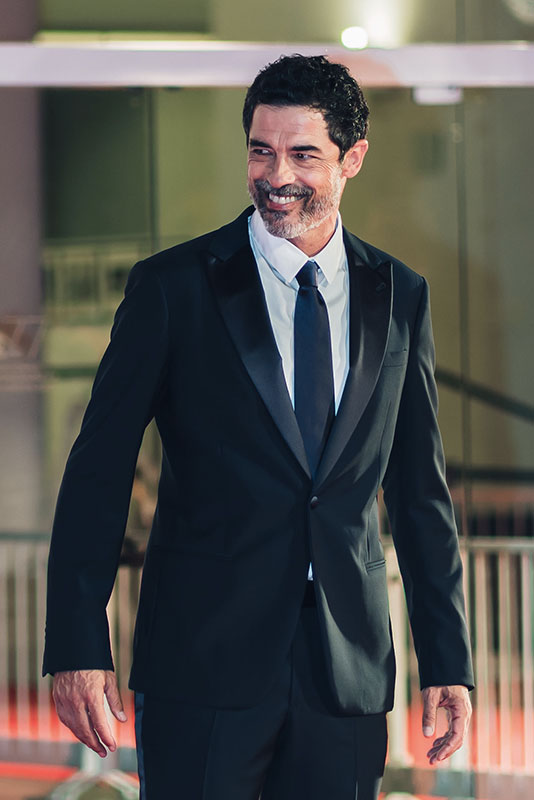 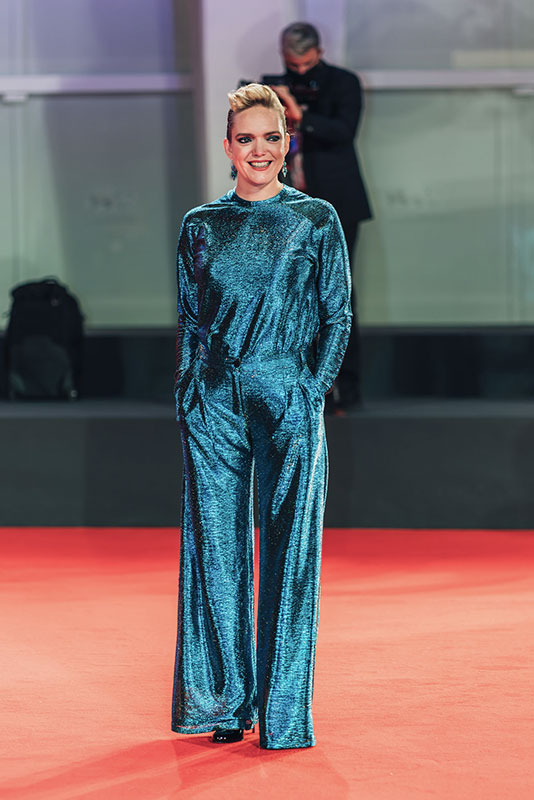 Craftsmanship and sustainable fashion are also becoming more and more current issues, as shown by the President of the Festival Jury, Cate Blanchett. In fact she chose to wear, in the opening Red Carpet, a splendid sparkling dress by Esteban Cortazar, already worn at the BFI London Film Festival in October 2015, while on the 3rd September she wore a top by Alexander McQueen already seen at BAFTAs 2016.

A few years ago, the outfit ‘recycling’ would not have been appreciated. However now fashion wants to be more and more sustainable, as it was discussed during the last Venice Fashion Week, and it soon will be discussed again on 12 September 2020 at the round table “Fashion and sustainable art” during the “Road to Barmer” project. Bravo Cate!

Greta Thunberg, who was absent from the Lido, spoke at the press conference via Zoom, indirectly demonstrating that even from our habits of the lockdown period some good opportunities arose, and these will probably be exploited more in the coming years.

And there was no great discontent about the anti-Covid security measures introduced this year either. Reservation of the screens and distancing were perhaps creating a less frenetic climate around the projections, also thanks to the numerous replicas. The positive aspects of these measures will certainly be considered in the organization of future editions. 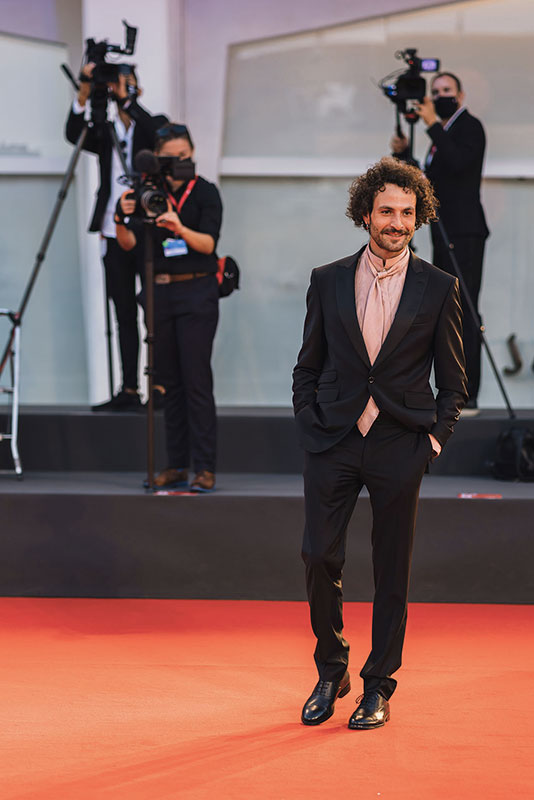 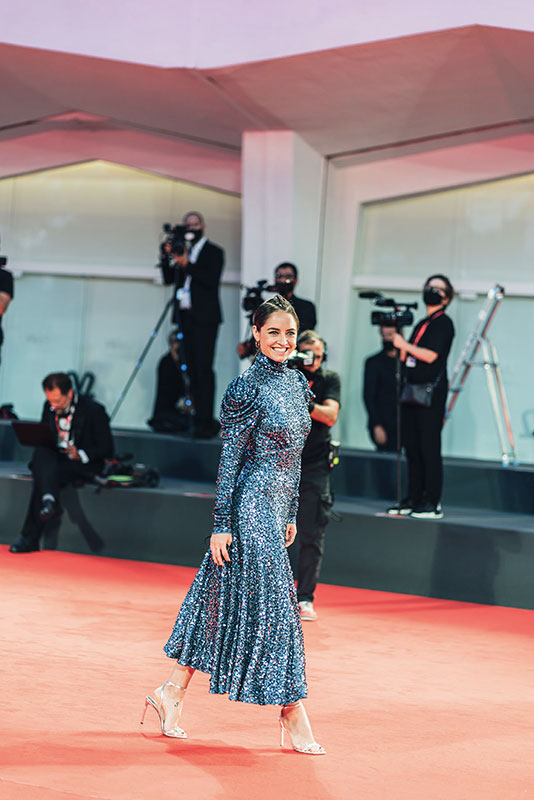 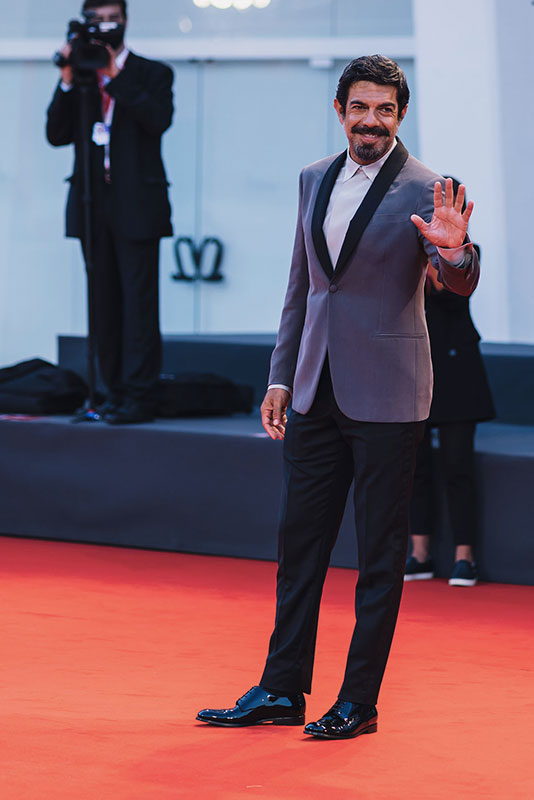 After all, the Venice International Film Festival has always strived to the future paying great attention to the new media and new ways of communication.

The film “Mainstream” by Gia Coppola, for instance, presented in the Orizzonti section, tells a story set in the world of viral web videos and influencers.

Beyond the deliberately grotesque and sometimes caricatured figures, the young director incorporates in her film the very language of social media, emoticons, “meme”, filters, and the effects used to create the “stories” on Instagram and TikTok.

Andrew Garfield (one of Spiderman’s most popular faces) has become a character who is able to multiply the number of contacts with each new video but must dangerously raise the bar each time. At his side the splendid Maya Ray Thurman Hawke (daughter of Uma Thurman and Ethan Hawke, recently seen in Quentin Tarantino’s Once Upon a Time in Hollywood), unforgettable in the scene in which, nauseated by a situation, she goes to the bathroom and “vomits” the little hearts of the “like”.

We would be happy if this film brought home a few awards, ten years after the Golden Lion in Aunt Sofia Coppola’s “Somewhere”, to which Gia had also collaborated, working in the costume department.

In addition to painting a picture of our society and of the younger generations, Coppola is against the monoculture that wants to standardize all individuals and especially women. It is almost a “counterbalance” to the many “strong” female characters, which will make it difficult for the jury to award this year Coppa Volpi to the best female interpretation. 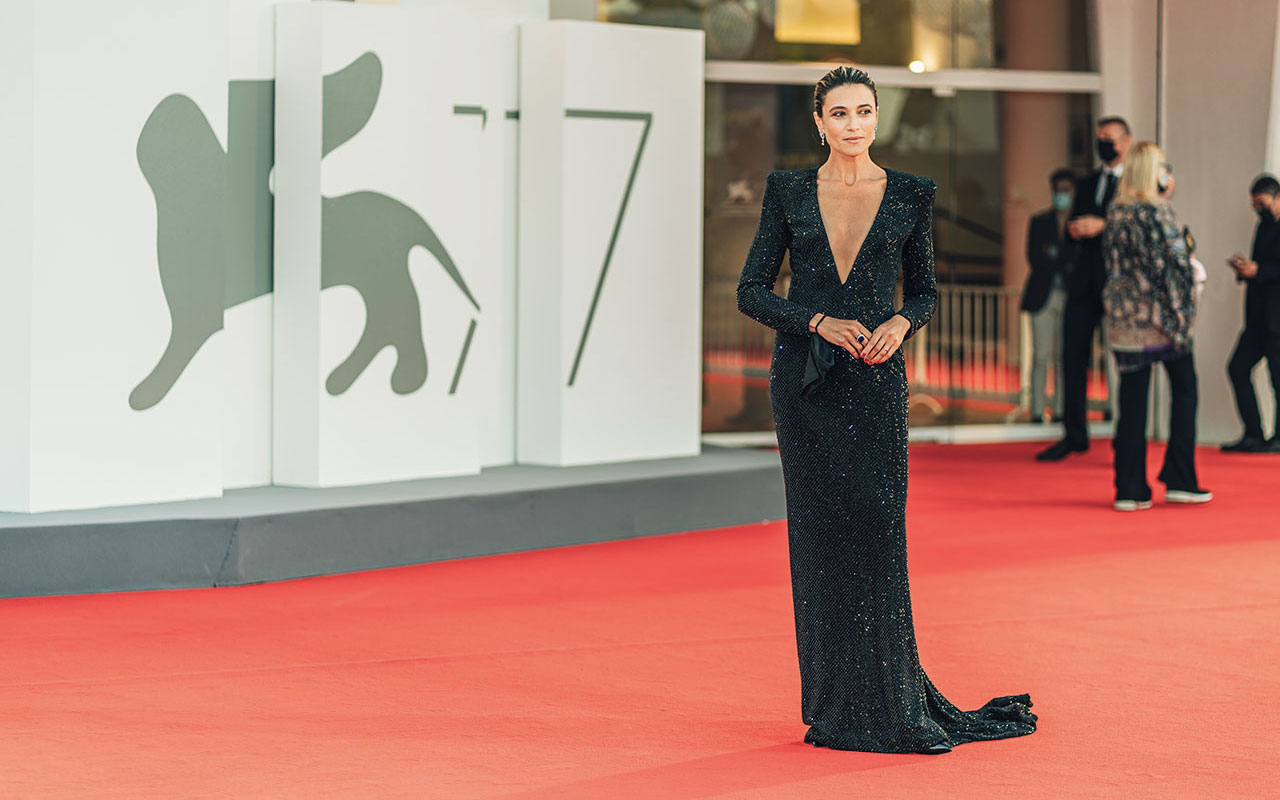 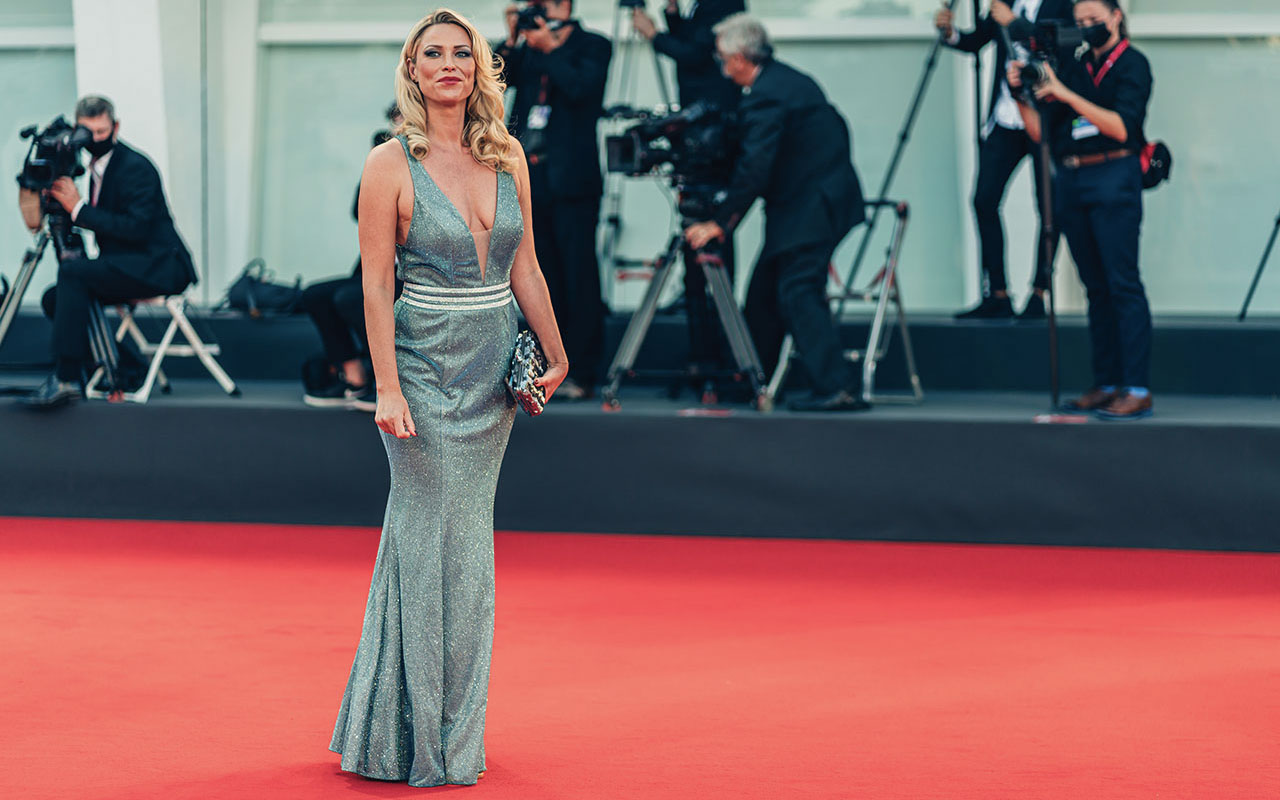 It seems very likely that at least one award would go to “The World to Come” by Mona Fastvold and its protagonists: Tallie (Vanessa Kirby, also featured in “Pieces of a Woman” by Kornél Mundruczó) and Abigail (Katherine Waterston). Or to the talented Jasna Djuricic, protagonist of “Quo vadis Aida” by Jasmila Zbanic, in which she is a mother desperately trying to save her family during the Srebrenica massacre.

And if these female characters are the ones who received the most applause, we can’t forget, among the many, the amazing Khansa Batma, in the part of Rajae, a Moroccan prostitute who falls in love with a fallen Rockstar, in Zanka Contact by Ismael El Iraki or the fantastic Romola Garai in the part of Eleanor Marx in Miss Marx by Susanna Nicchiarelli, also a film that could collect awards on the closing day of the exhibition. 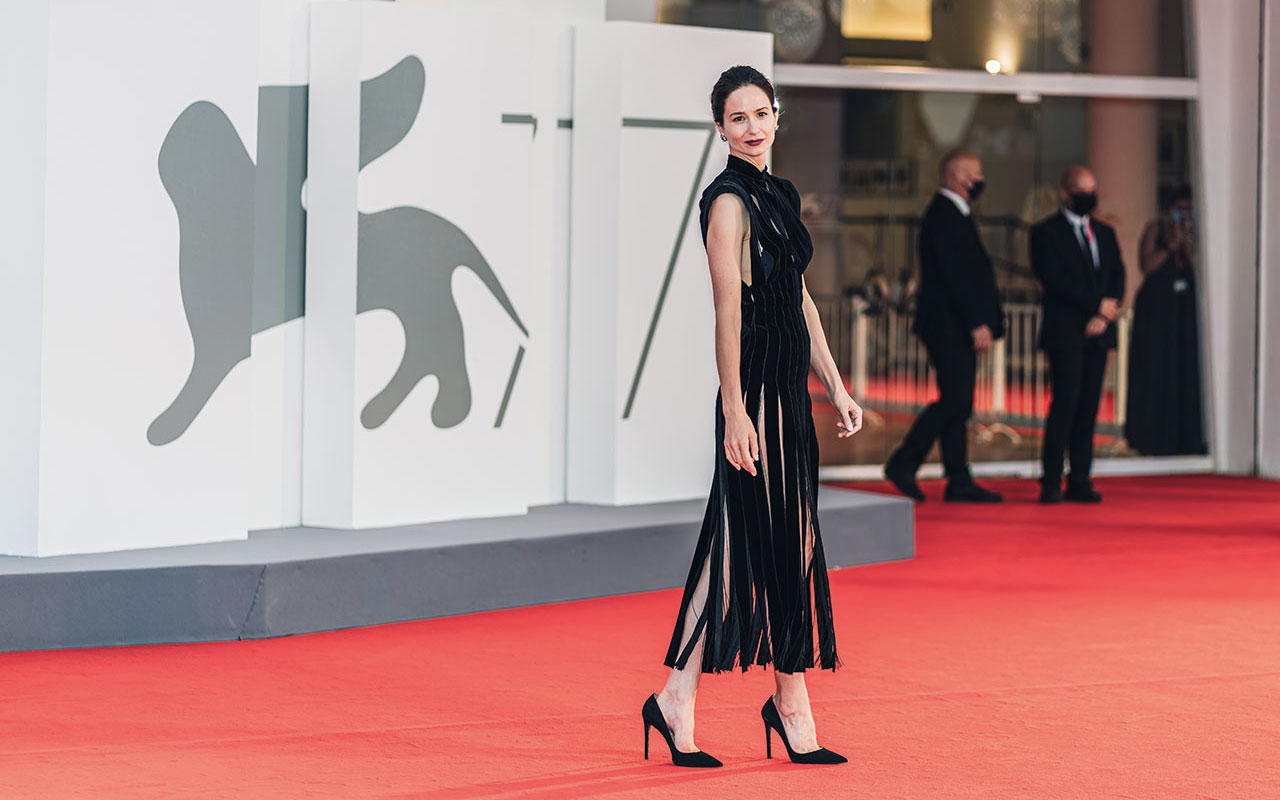 And if we saw a lot of dramatic films on screen, there was also room for laughter, with “Mandibules” by the multifaceted Quentin Dupieux (director, musician, deejay known for “Mr Oizo”). In 2014, when Dupieux presented the film “Reality” at the Lido, he had special speakers outside the theatre to surround the audience with music while they were still queuing. His film was surprising, dramatic, intense and at times disturbing. This year, due to the pandemic, there are no queues outside the theatre (the seats are reserved with one meter distance in between) and the film, which Dupieux has presented out of competition, is “a comedy”, a positive surprise for everyone.

It is a surreal story of friendship between two boys, Manu (Grégoire Ludig) and Jean Gab (David Marsais). To close a deal, Manu steals an old yellow car, in the boot of which the two boys find a giant fly. They decide to look after it and train it, hoping to turn their lives around.

If at a superficial reading the whole thing may seem like a screwball comedy, in reality it is a hymn to life, enthusiasm and men friendship, which often also has childish sides, such as the personal greeting with the hand (shaped like horns, saying “Tauraux”) that the two characters exchange all the time (and on leaving the room even part of the audience).

Adele Exarchopoulos, in the part of Agnes, is a girl who, following a trauma, can communicate only by shouting. But the character who remained perhaps most in our heart is Dominique, the giant fly. A fly humanized in the movements of the great Dave Chapman (Star Wars, Muppets…) who deserves a special prize. 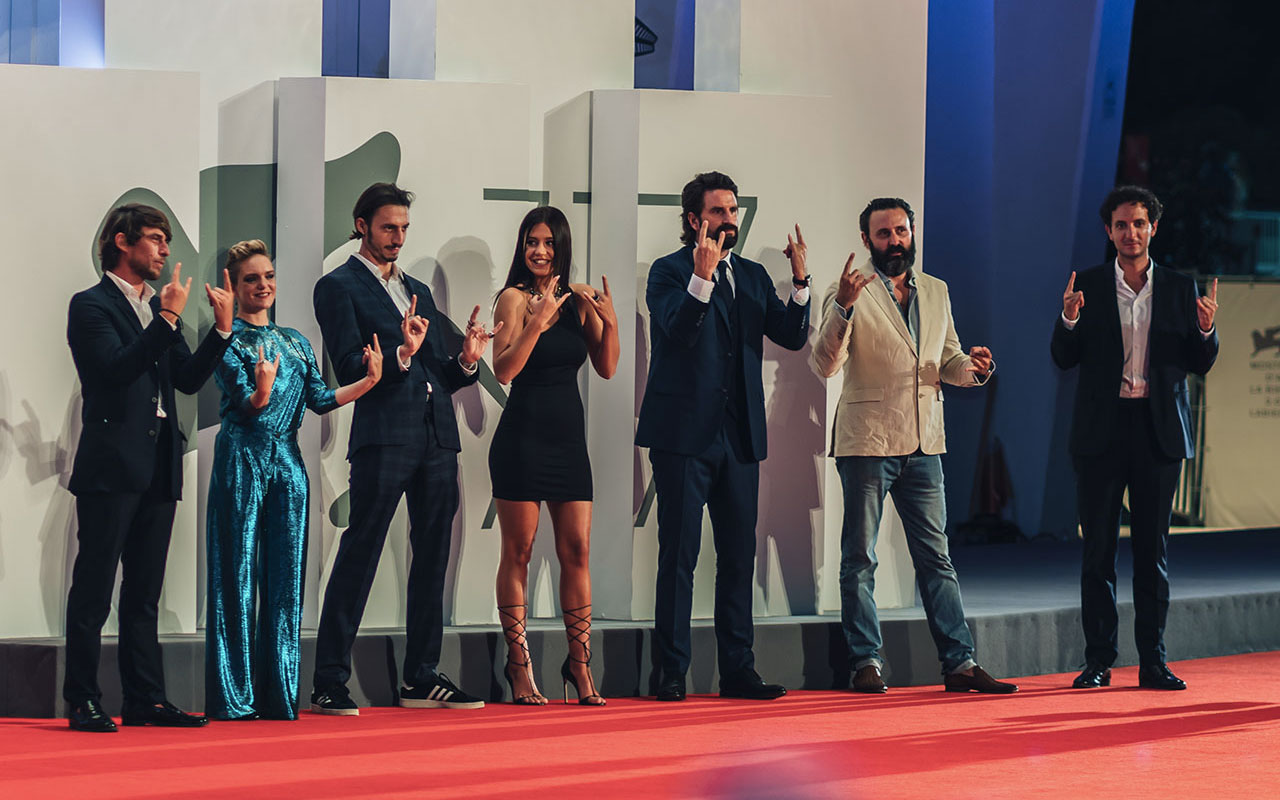 Additional laughing for the screening of Roger Michell’s “The Duke”, a comedy based on a screenplay by Richard Bean and Clive Coleman. Jim Broadbent (Academy Award winner in 2002 for Iris) plays the story of Kempton Bunton, who involuntarily stole a painting; in the early 1960s this event had such a media impact that that canvas appeared in the first James Bond film the following year.

The main character is joined by an amazing Helen Mirren, Fionn Whitehead, Matthew Goode and Anna Maxwell Marti. The film will be released in the UK at the end of this year, but we will unfortunately have to wait until 2021 to see it in Italy.

However, we will only have to wait until the end of the exhibition, on September 13th, to see Andrea Segre’s documentary Molecole, the pre-opening film of this Festival, currently also in Venice, at the Cinema Rossini. And Segre was also spotted on the Lido accompanied by a small crew. Who knows what he is preparing?

We love Molecole and look forward to seeing his next work in the cinemas, since thanks to safety regulations this Biennale has shown us that a new start is possible right away.

For information on the films, and the most important events, continue to follow Venice from Vivere also on socials! 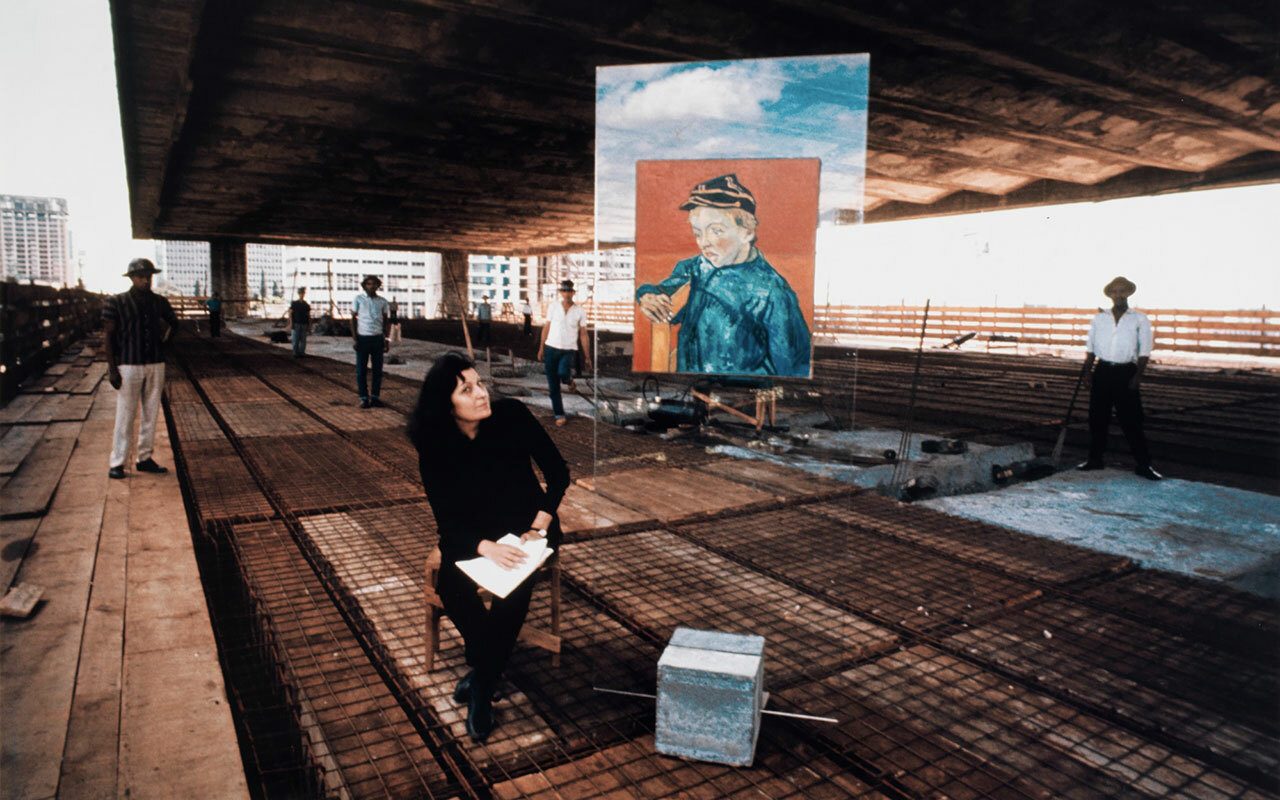 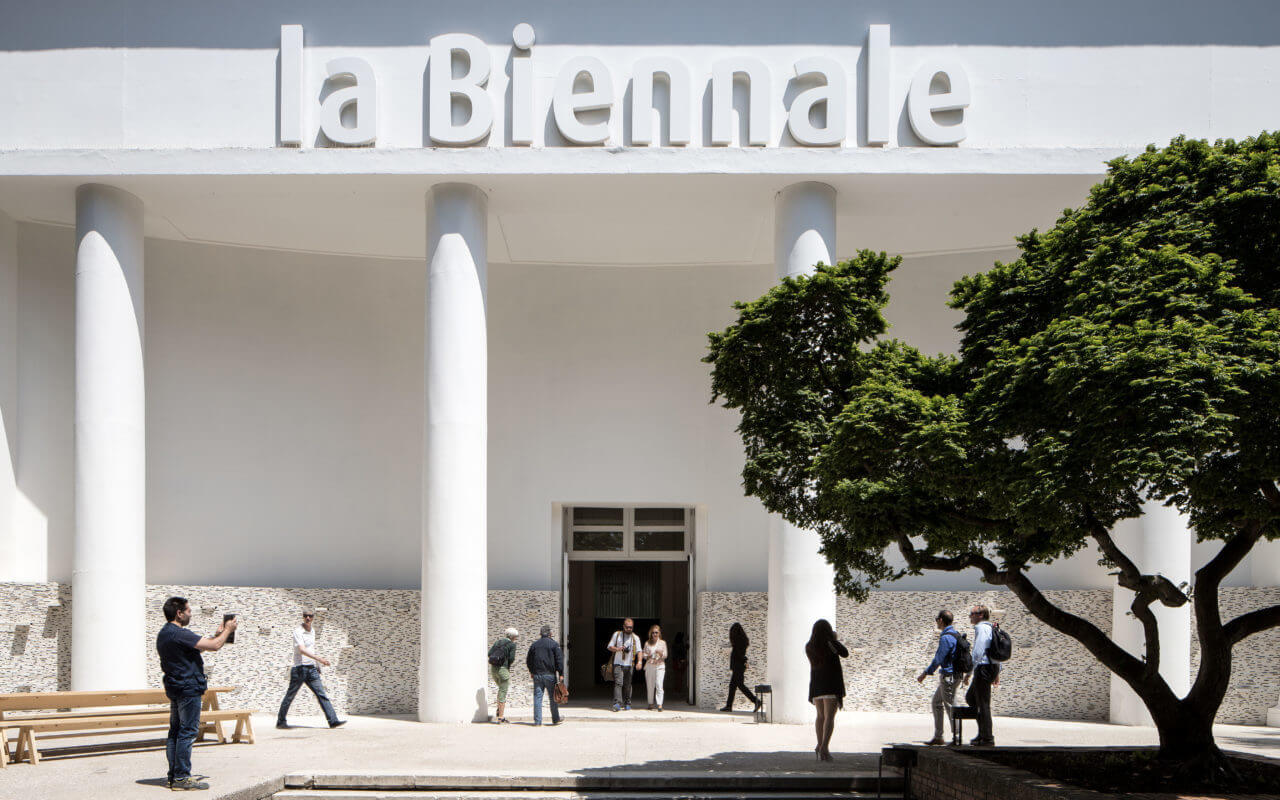 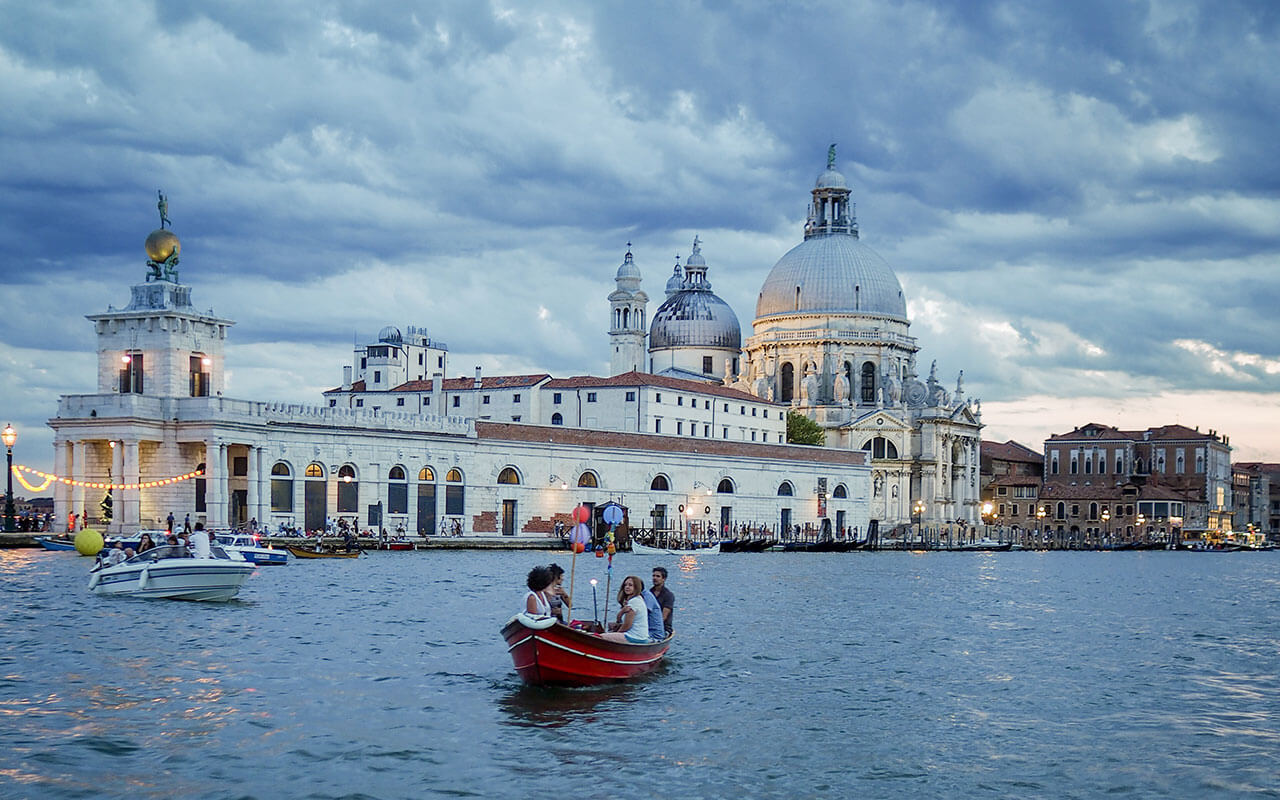 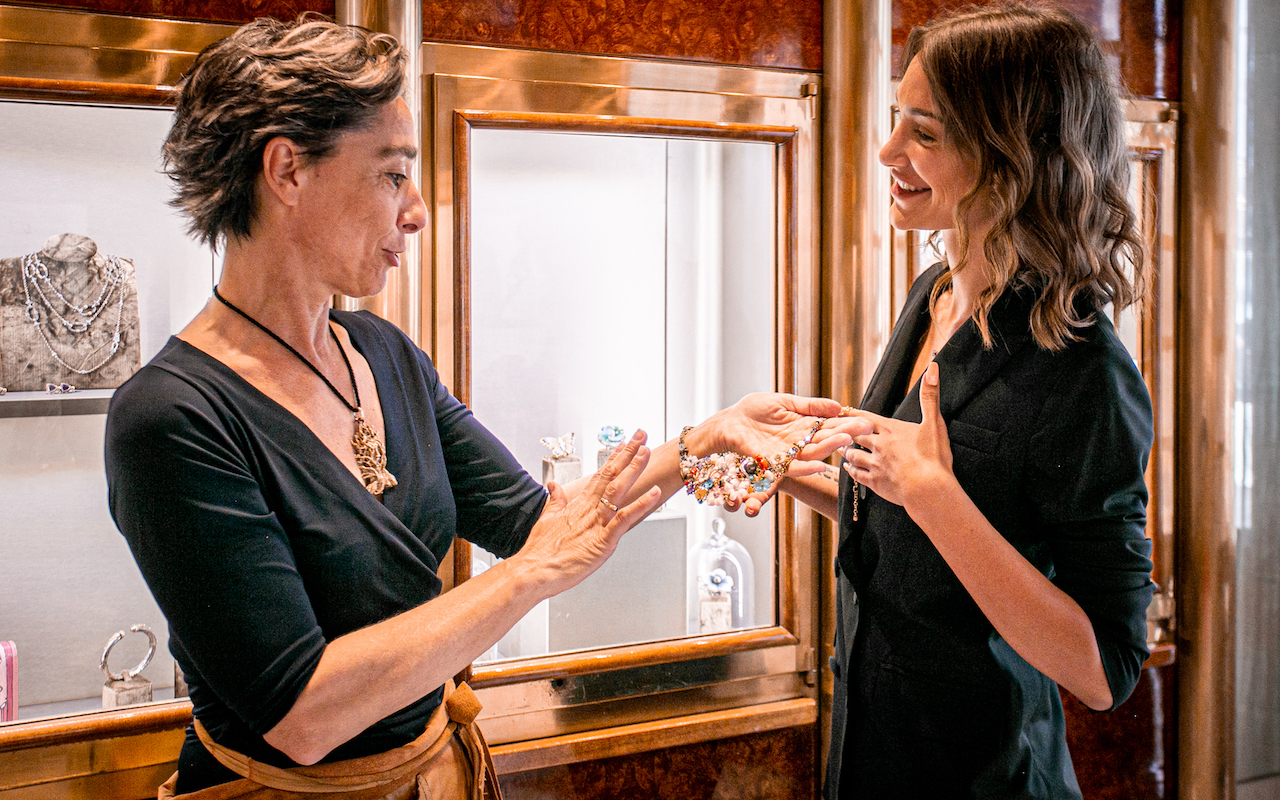 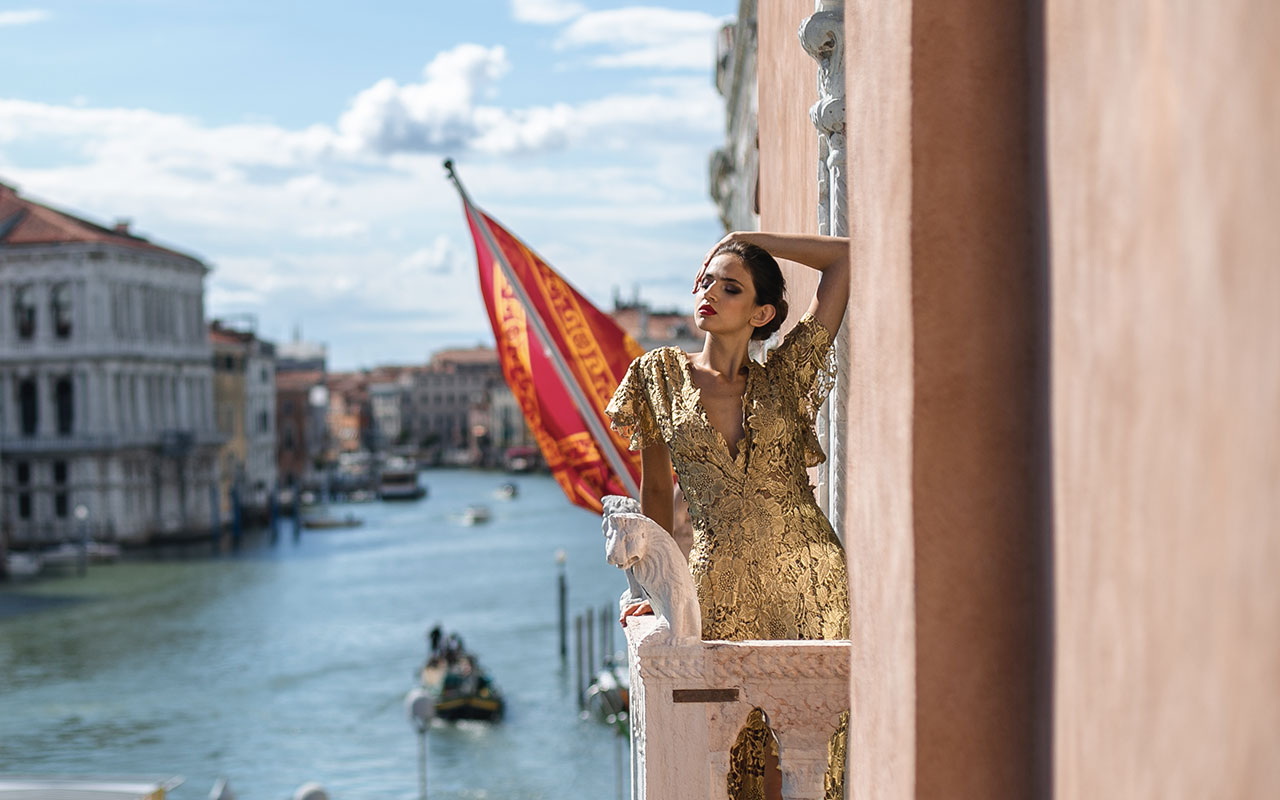 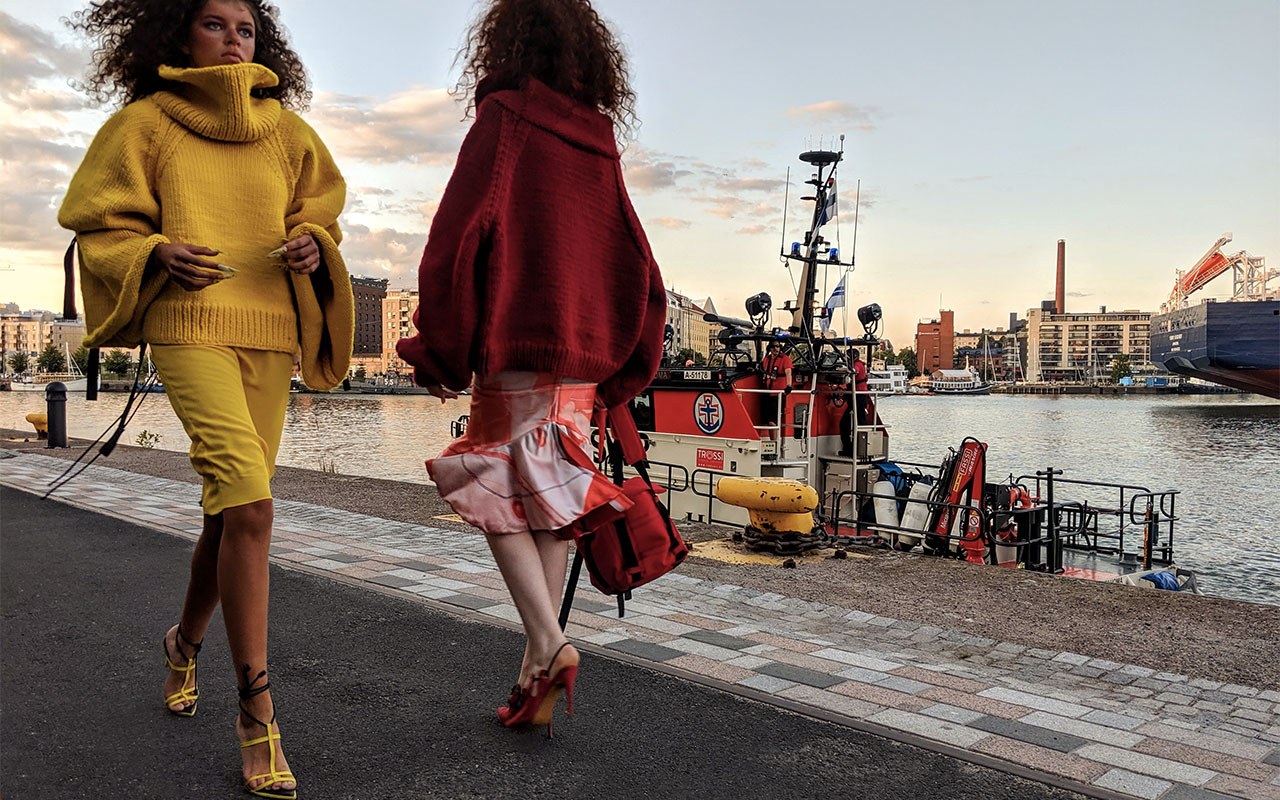